VR FPS 1.16 Download modded games for android 1 This one’s for the gamers. An immersive FPS shooter that puts you right in the middle of the action. Promotional video available on YouTube https://youtu.be/vy-Q2_ExDVI (removed due to Google policy)

* Please don’t leave 1-star reviews just to say it doesn’t work. Get in touch on our discord: https://discord.gg/5UTZGc5 and we’ll do our best to help.

🎮 Sony’s DualShock4 gamepad is now supported, however you may have problems with lag. It’s a known problem with Bluetooth on Android and there’s not much we can do about it. Search Google for possible fixes and workarounds: https://www.google.co.uk/search?newwindow=1&q=ps4+controller+android+lag&cad=h

This is a bit of an experiment in pushing what mobile VR can do. It’s not perfect on Cardboard due to the inherently poor tracking of GoogleVR, but hey, it’s just for fun. VR enthusiasts will probably want to try the GearVR version available from the project website: http://baroquedub.co.uk/vrfps/

Known Issues
1. Sony’s DualShock4 gamepad may be laggy.
2. Samsung S8 and S7 double-vision bug and crashes caused by screen resolution not being at WQHD+ should now be fixed, but do get in touch if you’re still having any issues.

Speak to me before leaving a negative review, I’ll do my best to help.
Bug fix: Using headset trigger or touching phone screen no longer breaks main menu functionality. 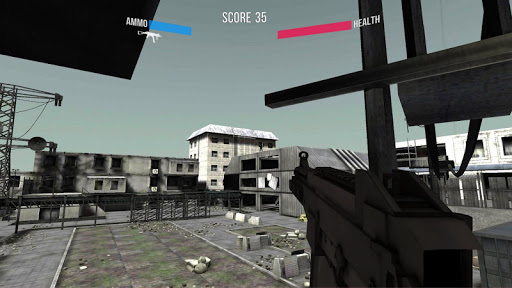 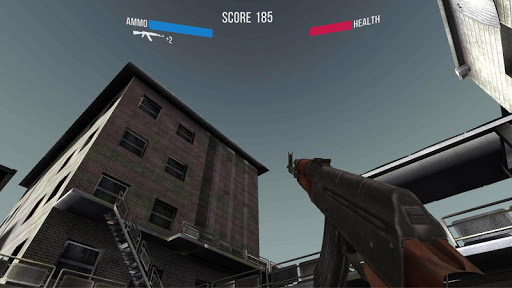 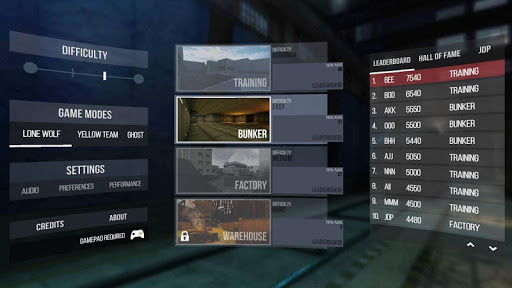