The Qin Empire Season 2 is calling for arms with brand new contents:
– New troop type [Dancers], the Ace of Buff provider [Shang Yang] x [Lady Xi] are coming in hot to provide you with more strategies and possibilities!
– Brand new [1vs1 Arena] gameplay is here, engage in a duel fight challenge, an opportunity for you to show what you got!

This SLG is exactly the one you’ve never heard of!

Reclaim, develop, form alliances, pass breach, city siege, empire establishment…
Each fight supports interactions and real-time operations. Do you have the guts and mind to face endless changes on the battlefield?

[A game that deserves its name with fair competition]
Unrestricted Card Pool, transparent odds; no stats, no resources, realizing all of your ambition on the battlefield through pure tactics.

[The Battlefields of Men Stretch beyond the Three Kingdoms]
Follow the Spring and Autumn, usher in the era of the Qin Empire, a huge realistic battlefield and a history 500 years earlier than the three kingdoms.

[Unmatched RTS gameplay]
Deploy your troops in real-time. Contact and engage, battle status is in your control with real-time actions

[Ultra-fast pace with fast marching]
No more battles of rounds, no more battle reports. What’s happening on the map is what you’re seeing

[Recruit invincible generals and peerless strategists]
Baiqi the God of Slaughter, Shang Yang the great strategist, assassin Jingke, Bianque the divine healer, and Empress Miyue…Generals and strategists of the chaotic era are all under your command

[Connection among friends of the Warring States]
Stand, fight, capture cities, and passes with friends. A brotherhood of building an empire and conquering the land deserves your devotion. 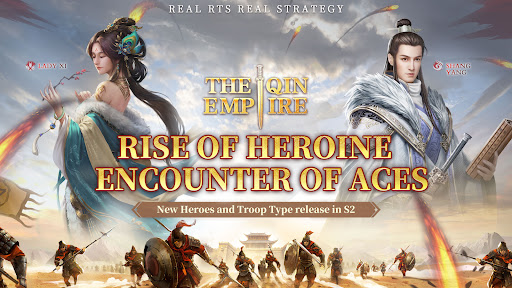 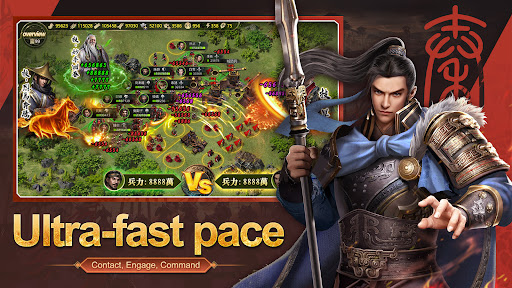 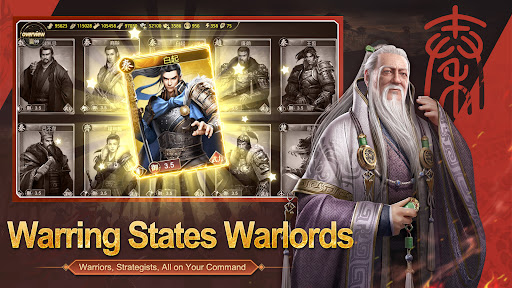