Play this fun free game and win the battle challenge with just one tap! The game play is cute and simple! You simply have to choose your sign before the countdown of the game play ends. Whatever the opponent will challenge you won’t know what the sign he is going to use so you might win or you might be outsmarted. It all depends on your luck.

So start the two player game and select your 2player rps challenge opponent and epic battle begins! Then from the hand games pick any sign, and compete against your opponent. It’s a game of luck test your fighting luck by downloading this fun rps game!!

HOW TO PLAY
Select level between Human vs. other Humans, or Player vs. artificial computer.
Start the epic battle game.
Epic battle starts after the count of three. Then tap any of the rock paper scissors signs to battle the opponent.
Depending on your luck you may win or lose against artificial, computer opponent.
If it is 2player round the fast player wins the rock, paper scissors epic battle game.
Win against opponent in given time of 1 minute. 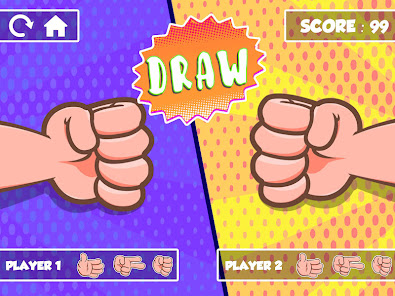 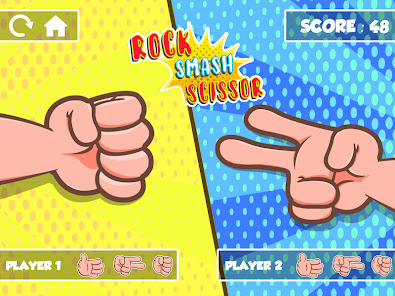 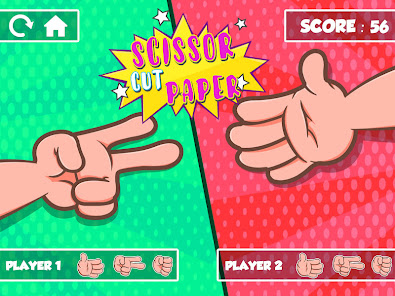